pioneer one on net stream

I have a fancy-azz little cheap-o box that connects to my wifi and will stream HD to my television from various sources. I feel like I'm slightly beating the cable company when I use it.

Tonight I used it to watch all of season one of the sci-fi web series Pioneer One. It's actually pretty darn good. It was funded totally through donations, is Creative Commons, is legally downloadable on BitTorrent, and can be streamed online.

Plot spoiler: The Russian "Martian" in the series is HOT! :heart: Aleksandr Evtushenko as "Yuri."

Here's the series ready to stream on the TV. Once it starts, you just maximize the video and you'd never know it was YouTube. 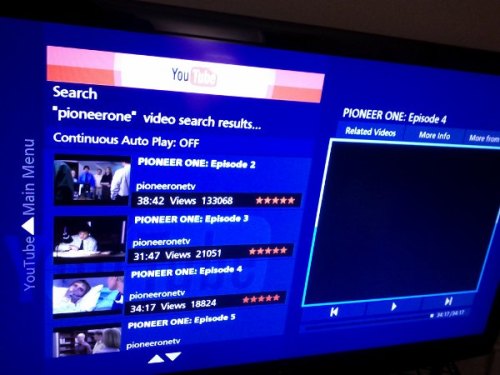 2 responses to “pioneer one on net stream”