friends of brad will – nyc protest

I've posted about Brad Will before. He was an amazing independent photo journalist who ended up filming his own death in Oaxaca, Mexico, in 2006. I have great respect for journalists of this type. His reporting was riveting.

Below are some photos of a protest outside the Mexican Consulate in New York City on Monday. Had Brad been alive still, his camera would have been rolling. The presence of a police car doesn't surprise me.

These images just arrived in my e-mail. The protesters are a small group, but bless 'em for doing the work I don't have the courage to do. 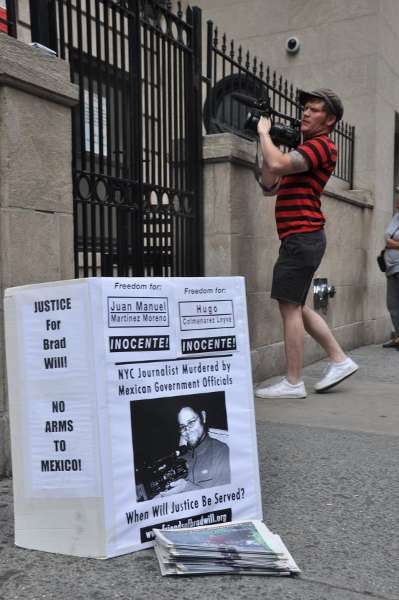 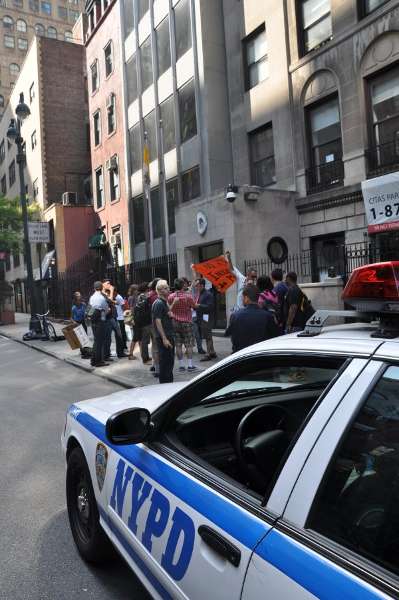 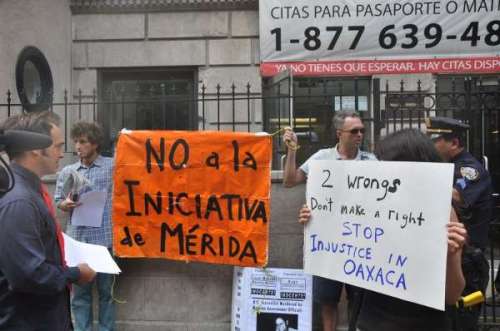 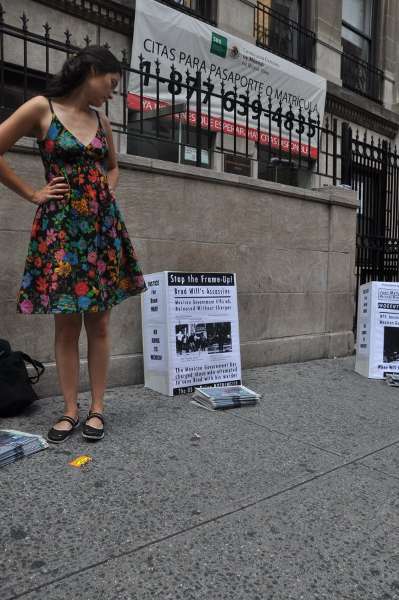 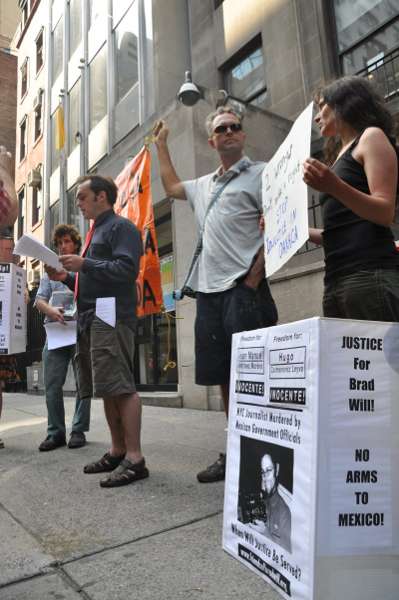 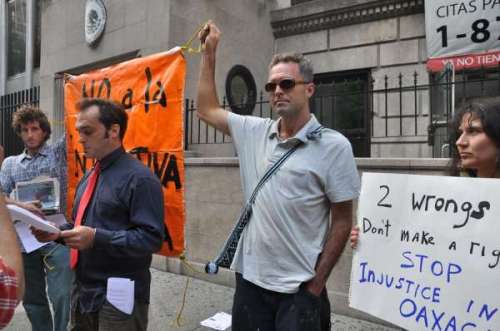 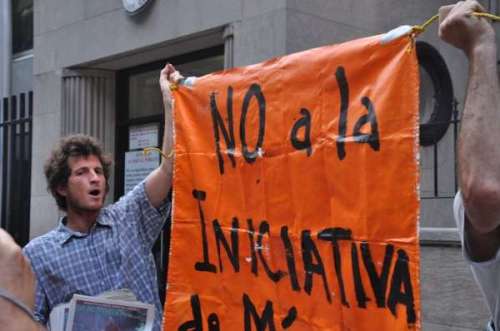 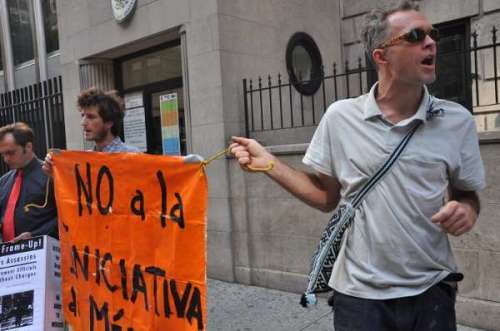 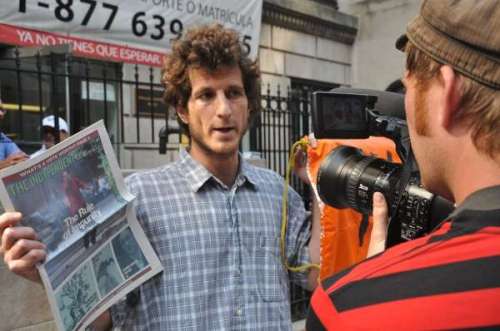 6 responses to “friends of brad will – nyc protest”