a visit to the animal shelter and SASHA

The news breaks first here on myopera. I have a week off coming up for the Thanksgiving holiday, so I thought it was a good time to adopt another dog. I went to the Guilford County Animal Shelter, also known as GCAS, and got Sasha! Our other shelter adoptee, Lucy, now has a canine at-home friend. Sasha is a Chihuahua/Pug mix, or a CHUG. lol.

Sasha had a big day becoming the newest member of our family. The shelter is a loud bustling place, so loud that many of the employees and volunteers there wear earplugs due to the hundreds of dogs barking. I don't see how any dog really gets much sleep there. Sasha got adopted, then I took her to the vet for a checkup, she came home for dinner and a bath, then she passed out on the sofa from her exciting day. Tomorrow we go shopping for a harness, leash, and some toys.

Image #1: this isn't Sasha. This is another dog still waiting for adoption at the shelter. Of course we want to adopt them all, but we only adopt what we can care for.

Image #2: this isn't Sasha either. She's another one still waiting for adoption. She was very sweet and affectionate. I liked the black and white color scheme.

Image #3: THIS is Sasha. Brian is playing with her in the shelter's recreation area. The adoption wasn't yet in process, but we were close to a decision. 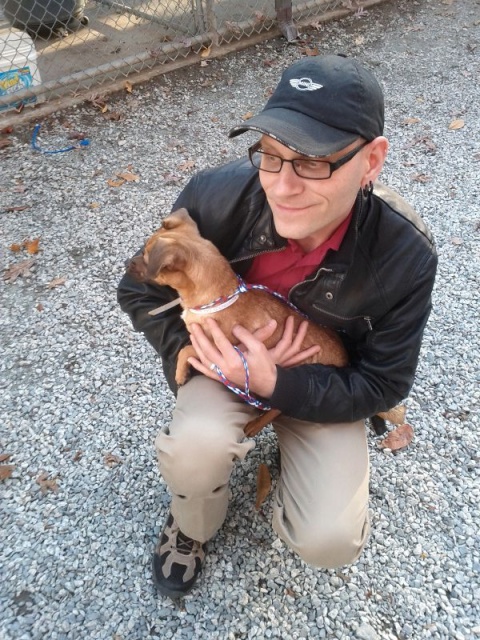 Image #4: Brian with Sasha. We had made the decision to adopt her at this point and were already in line to go through the process. The animal shelter is careful, so the adoption process is rather involved. 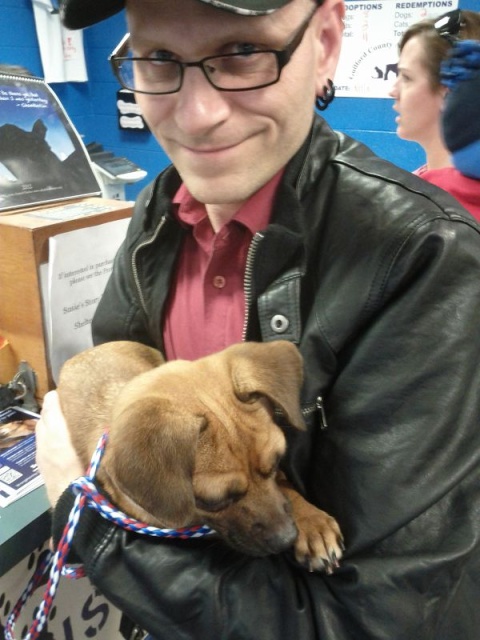 Image #5: Sasha is home and tired. She and I are relaxing on the sofa watching some TV. In her left eye, she has something called cherry eye. It is a condition where a gland gets turned outward a little. Our veterinarian will fix it later. He said she's 100% OK for now, as is, but recommended a surgical repair later after she gets settled in at home.

Image #6: Brian and Sasha are totally passed out. 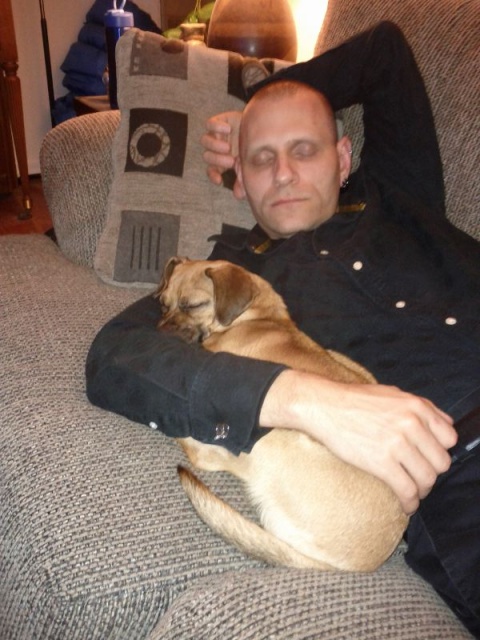 Image #7: another Sasha that we love, Sasha the DJ. These Sashas were just meant to be. All is well.

11 responses to “a visit to the animal shelter and SASHA”